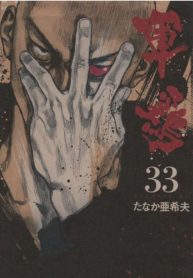 Content:
At the age of sixteen Ryo Narushima was a genius and looked to have no trouble of getting into Tokyo University and joining the elite of society. However, that summer something cracked inside Ryo’s head. With a small knife he brutally murdered both of his parents only leaving his sister alive and cowering in a corner. It is at this grotesque incident that our story begins. Extra Note: At volume 20, the series changed publishers, which created a restart of the chapter numbers. Starting from chapter 61 in volume 26, the first chapter from when the series returned from a long hiatus, the series has been completely written & drawn by Tanaka Akio. While Hashimoto Izou did write the series in the beginning, he had been doing less and less work starting from volume 4. Tanaka & Hashimoto reached a settlement and Shamo continued.
Chapter #Time upload
Maybe coming in the next issue
Shamo Chapter 335
Shamo Chapter 336
Top