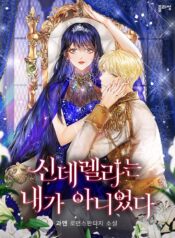 Content:
Read manhwa Cinderella Wasn’t Me Three years later, Terryl sets out to avenge his ex-lover. What he wants most is to take away the ‘Marquise’ He proposed a contract contract with Sesio, the eldest son of the Marquis. “I want to be engaged to Sesio Young-shik.” “great. Use me.” The two have become too attached to each other, begin to have feelings for each other, As Teryl gets closer to Cesio, he doesn’t expect anything. I found out his secret……. ‘Teryl’, who became the heir to the dukes overnight, and ‘Cesio’, who inherited the title of marquis after becoming engaged to her. Will ‘Cinderella’ find love at the end of this story?
Chapter #Time upload
Maybe coming in the next issue
Cinderella Wasn’t Me Chapter 65
Cinderella Wasn’t Me Chapter 66
Top